The Communist Party of China finally realized its long-term goal of eradicating abject poverty from the country and building a moderately prosperous society in all respects last year.

How did the Party make this huge achievement in a country that accounts for nearly one-fifth of the global population?

Based on its political philosophy, the Party adhered to people-centric governance and made it its goal to meet people's ever-growing material and cultural needs for a better life. It is this philosophy that also prompted the Party to give top priority to poverty alleviation work, and endeavor to develop China into a modern socialist country.

It is the essence of socialism to eradicate poverty, improve people's livelihood and achieve common prosperity, President Xi Jinping said when inspecting poverty alleviation and development work in Fuping, Hebei province, in December 2012.

Following the 18th National Congress of the CPC in 2012, China intensified its efforts to eliminate poverty, and established a working mechanism with the central authorities doing the overall planning, provincial-level governments assuming overall responsibility, and city- and county-level governments implementing the policies and providing strong institutional guarantees for poverty alleviation work.

In February, the top authorities issued a document detailing specific measures to assess the performance of provincial-level governments in poverty alleviation work, which prompted leading cadres to intensify their efforts to eradicate poverty. Poverty alleviation work under the Party's leadership has been driven by a set of institutions established after duly exploring multiple avenues.

Poverty alleviation work is a complex and laborious job, given that each step and detail needs policy coordination among multiple departments and a lot of resources. For instance, more than 3 million first Party secretaries and village officials have been appointed nationwide, and governments at all levels have allocated nearly 1.6 trillion yuan ($244.59 billion) as special funds for poverty alleviation. Some officials have even sacrificed their lives to make the poverty alleviation drive a success.

The convening of a meeting in February to summarize poverty eradication work marked the completion of the arduous task of eliminating absolute poverty. But this does not mean there will be no poverty in the country. In fact, given that relative poverty still exists in China, we need to use poverty alleviation achievements to promote rural revitalization.

Considering a number of families and individuals could slip back into poverty in the event of a natural disaster, an accident or an epidemic, the authorities should work out a long-term policy to further improve the social assistance system. They also need to improve the basic living assistance system and the medical assistance system, as well as the education, housing and employment sectors, and provide adequate aid for disaster victims.

Poverty has had a strong impact on people's life throughout China's 5,000-year history. Yet in the course of just one century, the Party has led the Chinese people to eliminate abject poverty through arduous efforts and intense struggles. This is not only a great contribution to Chinese civilization, but also a rare miracle in human history.

However, China still faces difficulties and problems on its journey to develop into a great modern socialist country that is prosperous, strong, democratic, culturally advanced, harmonious, and beautiful. But the Party's leadership and the Chinese people's hard work will help the country realize this dream of national rejuvenation.

The views don't necessarily represent those of China Daily.

The author is a professor at the Party School of the CPC Central Committee. 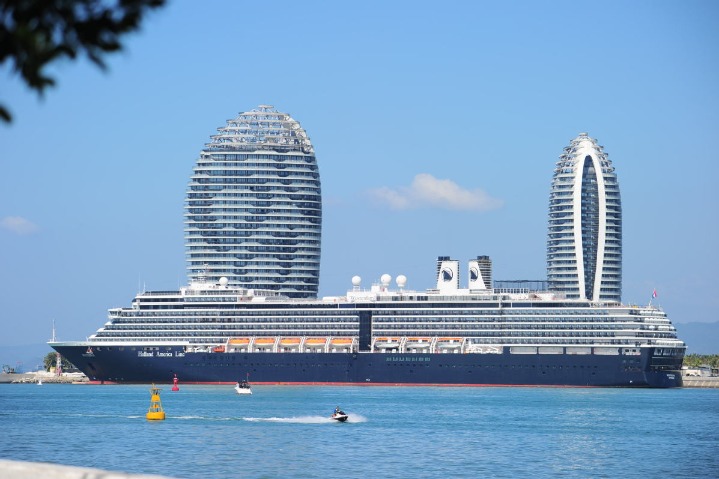 From readers: Should English be removed from school curriculum?
Columnists +

Copyright 1995 - . All rights reserved. The content (including but not limited to text, photo, multimedia information, etc) published in this site belongs to China Daily Information Co (CDIC). Without written authorization from CDIC, such content shall not be republished or used in any form. Note: Browsers with 1024*768 or higher resolution are suggested for this site.
License for publishing multimedia online 0108263